Contradictions and Wonders in Taiwan

Some places capture me immediately. Others grow on me. I’ve been in Taipei, the capital of Taiwan for a couple of days and I still have mixed feelings. Arriving in an unfamiliar culture can be exhilarating but also exhausting. While I can only praise the sense of security and helpfulness I’ve experienced here so far, there have been some challenges.

Taiwan is very safe. There’s a strong sense of personal security and social cohesion. This shines through the many street signs, the wheelchair accessibility even in some of the most patchy back streets, the many parks filled with old people practising all sorts of strange morning exercises, reserved chairs for people in need, and food and drink free public transport system. Traversing the city is frictionless. While it’s radically different to Germany — where I’m currently based — both countries’ social norms share many of the underlying intentions. 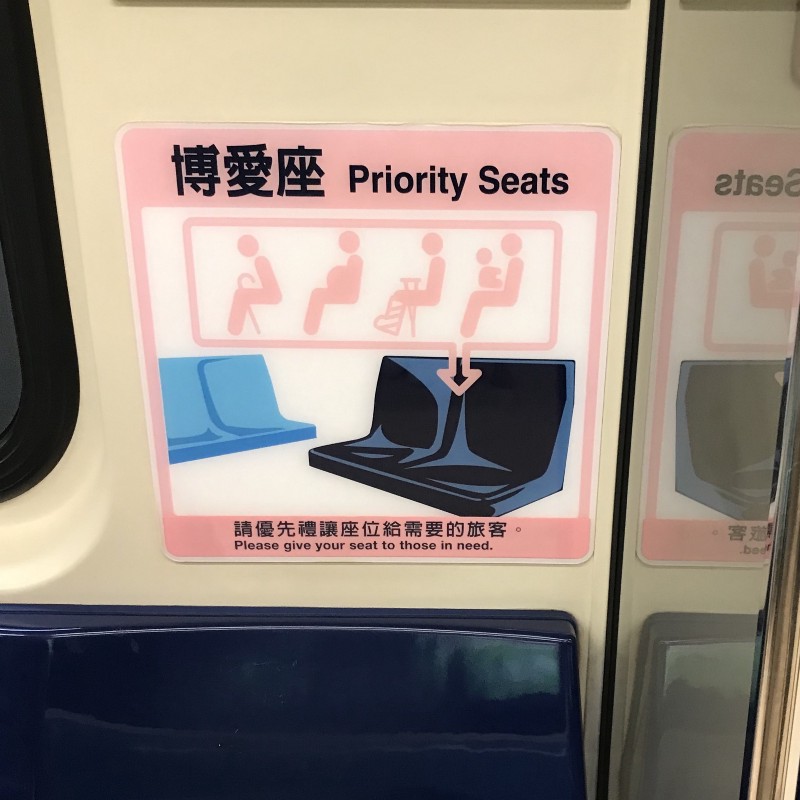 Taiwan is commonly known as one of the Four Asian Tigers along with Hong Kong, Singapore, and South Korea. These are economies which underwent rapid industrialization and sustained exceptional growth starting from the 60s. Much of my interest in lies in the interplay between tradition and accelerated the adoption of modernity. These two forces are often at odds with each other and their consequences only become apparent on a long enough timeline.

I was told that the Taiwanese are nice and trustworthy and so far I can only affirm that. I forgot my Kindle e-book reader in a small restaurant and didn’t realise it until later that day. The next day, I showed up at the restaurant and the owner immediately gave it back. Then, an old man greeted me and after joining him at his table, shared his colourful life story.

India, in contrast, is exceptionally chaotic. When I travelled there, I was constantly reliant on others’ help. That provided a constant stream of random interactions. Because the bar for standing out in India is so high, it creates a sense of freedom to dance along with the chaos. Often, I’d get a sense of effortlessly blending in, in my own ways. The smoothness in Taiwan means that it takes initiative to spark random interactions. Coming from Europe, I am rarely in the mode of invading others’ space. At moments, I wonder if the same etiquette applies here. This has driven the urge to better understand and decipher the social norms here.

There’s no better way to tackle that task than to meet both locals and expats. In fact, that’s an essential part of travelling for me. Very quickly after my arrival, I jumped on every possible platform to find events and opportunities to make friends. On my first day, I met a local named Cindy through Couch Surfing’s hangouts feature. Unlike earlier experiences with Couch Surfing meetups which usually have a regular organiser, hangouts is a more recent feature with immediacy at its core. You set yourself as available and specify an activity, e.g. get some food, and using your location, others can join. This, like many other things in our ever-accelerating world, is a double edge sword. On one hand, you have the opportunity to connect and make friends, on the other, because there are so many options due to the low barrier — just make yourself available — you quickly become a victim of the paradox of choice.

“Autonomy and Freedom of choice are critical to our well being, and choice is critical to freedom and autonomy. Nonetheless, though modern Americans have more choice than any group of people ever has before, and thus, presumably, more freedom and autonomy, we don’t seem to be benefiting from it psychologically.” ~ Barry Schwartz

Nevertheless, I met a local named Cindy and she took me to a bar area targeted at the LGBT and expat community. An eclectic mix of people. As I met more locals, I discovered that Taiwanese usually get their English names at a young age from their English teachers. Having met three Cindys, Sandy, Candy, and Barbara, I couldn’t help but make a remark about the type of industry these names might be popular in. 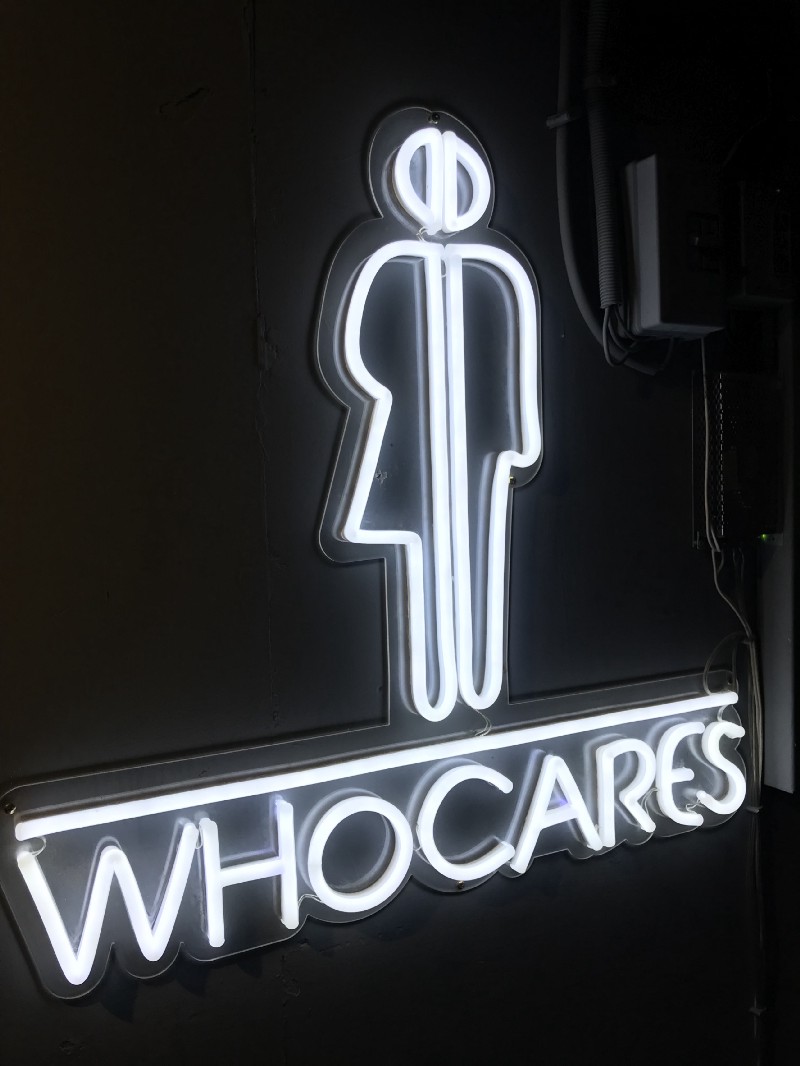 Hip way to save money on a second bathroom

Following a toxic combination of jet lag, lack exposure to natural light, and busy urban life I decided to venture aimlessly into one of the forests surrounding Taipei in the hope of calming down a little. Taipei has an amazing public transport system that includes trains, buses, and bicycles all unified with a contactless payment system called Easycard. Easycard extends as a payment system which can be used in many retailers. Being an avid cyclist and having no specific destination in mind, I grabbed a shared Ubike and rode through the river side park to the forest. 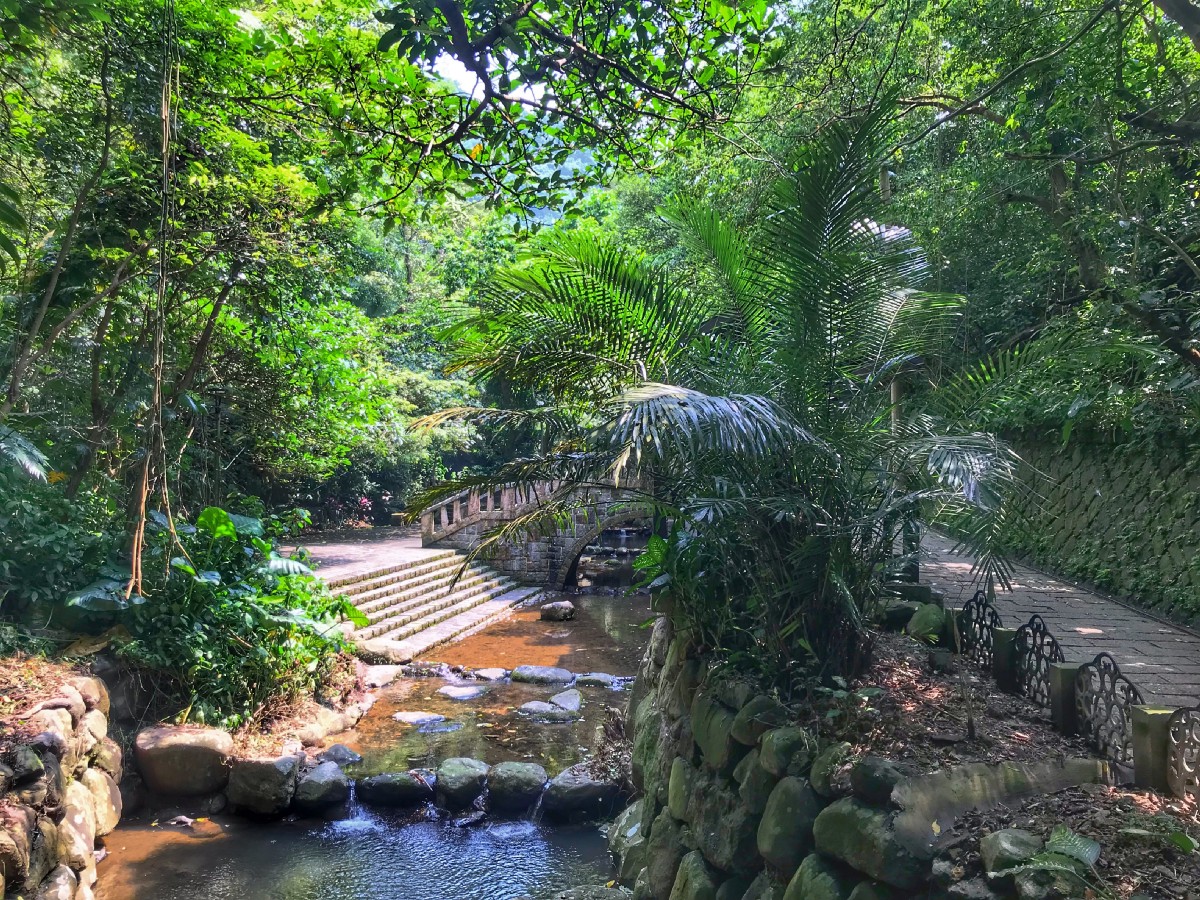 Shortly after a hike through the forest, I was soaking wet from the heat and humidity, so I found a quiet reading spot not far a Buddhist temple in the forest.

Alvin, a friend I met at a conference in Iceland, lives in Taipei. He also works remotely, and our paths continue to cross all over the globe, this time in Taiwan. After a hiccup with my first apartment, Alvin offered his spare room. Suddenly, since Alvin speaks Mandarin, I was getting insight into many things that were a mystery to me. For example, the receipts in Taiwan have two QR codes. One of the two, as turns out is a lottery entry number. That explained the baffled look when I said I don’t need the receipt after buying coffee. 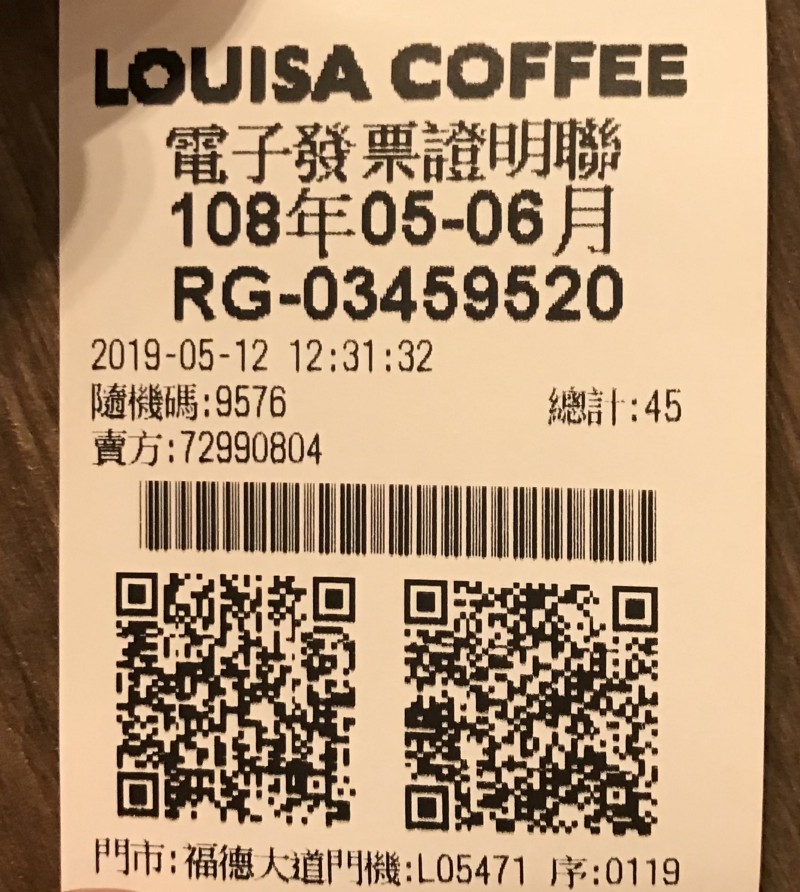 Who would have guessed?

Modern Taiwan draws a lot from Japanese culture. As a matter of fact, Taiwan was under Japanese rule between 1895 and 1945. During that time, social, economic, and cultural changes took place and thrust Taiwan into modernity with the introduction of a sewage system and compulsory education. Surprisingly, the occupation isn’t seen in a bad light as one could expect. Japanophilia is very present, mostly in the form of Japanese pop culture.

“In the past decades, through the transnational diffusion and reception of Japanese popular culture, the symbolic “Japan” has permeated almost every cultural field in Taiwan: mass media, urban landscape, daily consumption, tourist gaze, peoples’ conversation, and so on. On the one hand, Japanese popular culture is again celebrated as an introducer and a trendsetter of modern/metropolitan lifestyle. But on the other hand, the popularity of things Japanese re-casts a shadow over Taiwan’s identity politics.” ~ Ming-tsung LEE Taiwan Journal of East Asian Studies

American pop-culture is ubiquitous, in the form of an all-embracing capitalistic system, fine American fast-food franchises, baseball, and a celebration of American brands. That’s true to most the developed world nowadays, but it feels rather unhinged here.

At this point, I feel like my travels can seem like all thrills and wonders. And yet, on this trip, I feel constantly challenged. Worry not, my novelty-seeking taste buds are continuously met, though often at questionable street stands. I can undoubtedly say that I’ve slept in respectable beds. But a sense of connectedness is missing. It’s as if I have no justification for interacting with strangers here. Indeed, the language barrier might be a part of the problem. But I find that it spans beyond that. Niceness is certainly a virtue, but human connection takes more. I might be expecting too much, but I think truly connecting means exposing our vulnerabilities and in the age of #my-life-is-so-perfect as we curate it on social media, our flaws and dents have no place. 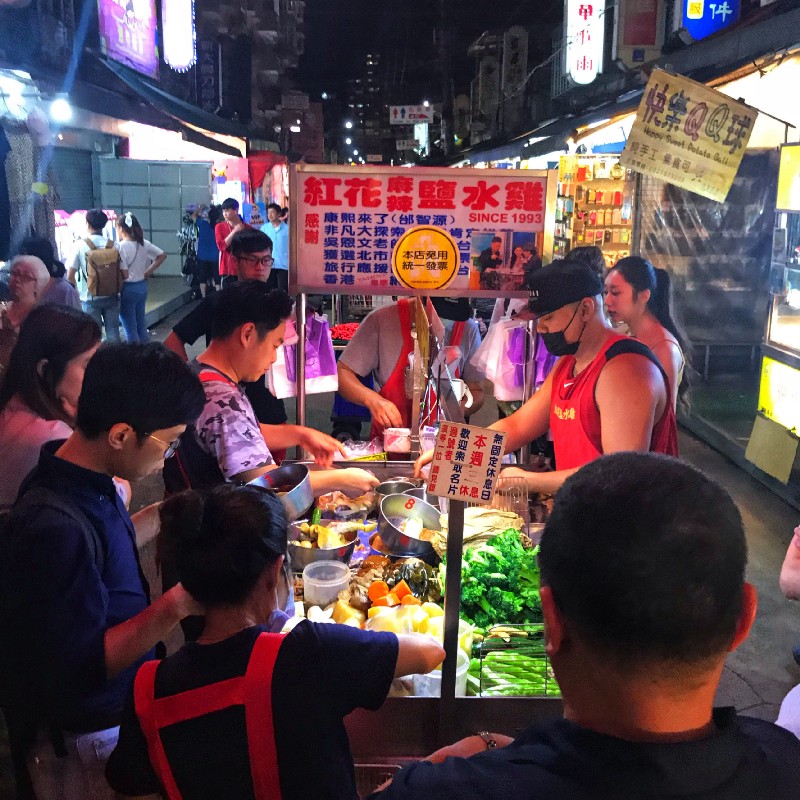 The next day after I discovered whether it was questionable

Was it always like this? What role did social media have in making it difficult for us to embrace lesser glamorous parts of our lives?

Moreover, I feel kind of bad reporting back to friends and family about my lesser glorious days during which I just wish I was just home. Digital nomadism can seem ideal, but it’s far from it. I tend to take work seriously, and often set too high expectations from myself. Combined with a constantly changing environment is a recipe for stress. Being in a place of such privilege doesn’t grant much tolerance for whinging, but if anything, I think there’s great value in busting the unrealistic image this lifestyle has. Like many things in life, our choices have a price, and not just a monetary one. And all that glitters is not gold.

With that, I’ll finish with a quote from Erich Fromm: