Sussan Bennet is the voice artist behind Siri. It’s extraordinary that this situation could be described as my digital assistant from the cloud has followed me on twitter.

Interestingly, I don’t know how she even found me on Twitter. It’s clear her account is very active; she has 2 million followers and is following 1.64 million.

In the film Her, Theodore as played by Joaquin Phoenix develops a relationship with Samantha, an intelligent computer program personified by Scarlett Johansson. In the beginning, his relationship is ambiguous. It is not clear what the boundaries of their relationship are. Rapidly, due to Samantha’s advanced emotional intelligence and expressions of human traits, they begin falling for each other. So many moral questions are raised about the nature of their relationship, most notably whether they’re exclusive, which brews in the subtext of their conversations and the jealous undertone of Samantha’s remarks.

Initially Theodore acts out shame in response to interest from his friends in his new girlfriend. He’s reluctant to reveal that she’s in fact a computer program. But very quickly she wins the hearts of his friends with her humor, charm, and authenticity. Subsequently, Theodore is open about his relationship and the shame dissipates.

The notion that the human mind is a computer is not new. In philosophy this is often referred to as the the computational theory of the mind. The idea was conceived long before the digital revolution that gave rise to much of the ideas explored in the film Her. Recently, as AI became ubiquitous in our lives through many of the technologies offered by the tech giants, this idea has risen once again to the public discourse. Harari’s bestseller book, Homo Deus explores this very idea, presenting the current science in a neat and accessible form. 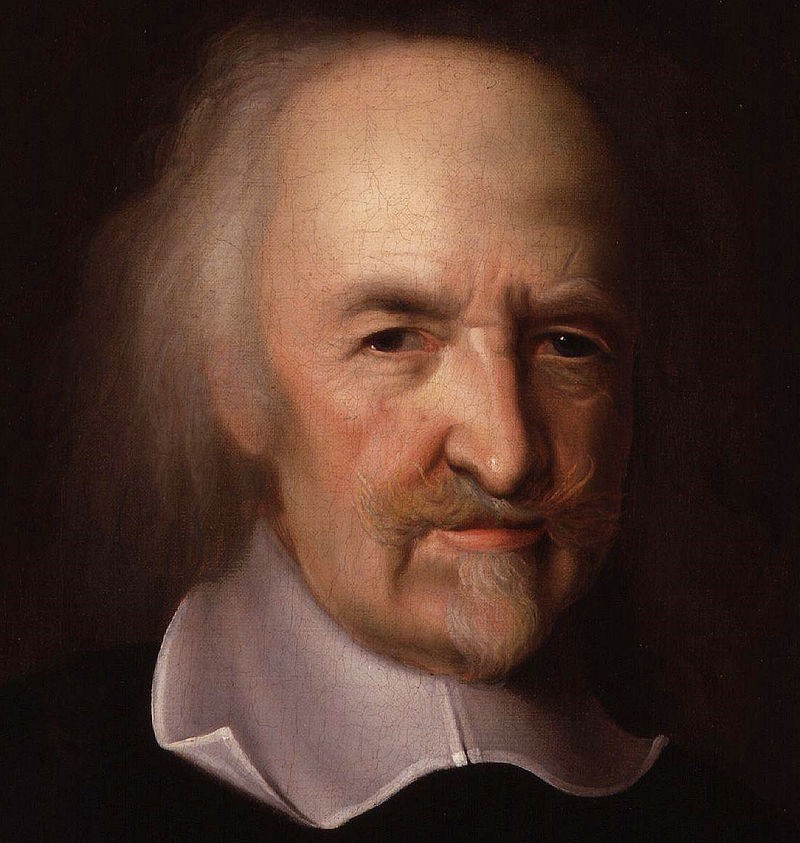 Thomas Hobbes(1588-1679), one of the early proponents of the computational theory of the mind

That’s a lot of quasi bombastic language of the trade. Let’s unpack that with some pop culture.

In Her, it appears that Samantha is conscious. She behaves like a human and seems to have subjective preferences about the world. It isn’t clear albeit whether she’s conscious or not. Because viewers may be familiar with Scarlett Johansson’s distinct voice, we assume she is.

In the episode “Hang the DJ” of Black Mirror, we are suddenly immersed in a futuristic world geared towards dating. The world advanced technology in the form of a personal dating assistant that sends you on dates and guides you through a relationship. Frank, who cycles through numerous relationships one after the other begins showing signs of disillusionment. Especially when he stumbles upon the woman he dated earlier, about which he feels a sense of remorse for it not having worked. The episodes ends on an optimistic note when it’s revealed that the futuristic world was a mere simulation as part of a dating app to measure the potential success of a relationship.

Despite an uplifting ending, I wondered, were all those feelings of misery and remorse real? Can the Frank in the simulation experience the full human spectrum the way the real Frank does? This is part of the alarm. What if the AI is subject to the same moral concerns of humans?

Moreover, a more immediate worry we’re often confronted with is raised. How do we feel about giving algorithms the authority to make decisions?

“That’s the horror of “Hang The DJ”: whether or not we find true love, like more and more things nowadays, may very well depend on an algorithm.” (Howard Chai)

Anyways, Susan Bennet knows me pretty well. She knows I have an avid interest for the weather based on all the times I asked Siri for the forecast. Not to mention all the timers I set with her while cooking. So I followed her back. Just in case she’s conscious.