A month ago I was contemplating countries I want to visit. I usually try to follow my curiosity and see what places I feel excited about. I’ve always been fascinated by Asia ever since my first visit to Hong Kong back when I was 15. The pace of life and contrast between tradition and modernity is so stark. It is like a manifestation of my own internal dichotomy as a technologist and a proponent of simple and slow living. I had the intention of working remotely once again, after having had a positive experience in Chiang Mai, Thailand last year. The idea was to combine work with a new environment. See how people live their lives. Try to connect deeply with my experience in a new context. And hopefully gain a new perspective along the way.

Earlier in my travels, I wasn’t so picky about where I’d go. I was excited to go anywhere and any season. I was a sponge ready to be soaked by the tropical Asian monsoons and intermittent European spring rain showers. But as I’ve become more interested in the people and culture I visit, I realised that seasons don’t just describe the weather; they are an intrinsic part of the social fabric. Spring in my eyes is a celebration of life. All the trees that seemed naked and almost dead spring to life and wash the city with shade and clean air. Something about the prospect of lush forests always induces a sense of optimism in me.

It was in Berlin, Germany that I really learned to treat seasons with respect. I moved to Berlin in November in time for a cold and grey winter. Life changes and follows a seasonality. While cold and grey sounds bleak, I had much romanticism about how it’s time for projects and to guilt free movie weekends. Nevertheless, the sentimentality quickly faded a couple of winters in, and I embraced the winter escapes to south east Asia. This year, I mostly stuck it out in Berlin. But the wanderlust erupted in spring and I was prepared for some adventure.

That’s where Taiwan came in. A technologically advanced small island, with an open culture and allegedly nice people. Some digital nomad friends I met in Chiang Mai, shared a picture from Taiwan and that was the trigger. I checked the weather and despite the relative heavy rainfalls decided to book my flight. I re-watched the Anthony Bourdain’s Layover episode in Taipei and was immediately with anticipation.

After 16 hours up in the air with two legs, in the relatively new marvel of human engineering — the Boeing 787 — and a lot of sleep I landed in Taipei. Everything just works, I thought. Immigration, local money, sim card, and public transport all went as smooth a ripe avocado. Quickly after landing I was on the MRT (the local train system) on the way to the city.

I got to Songshan district and met my flatmate for the next three weeks. An martial artist expat learning Chinese and Tai Chi and we walked back to the apartment. 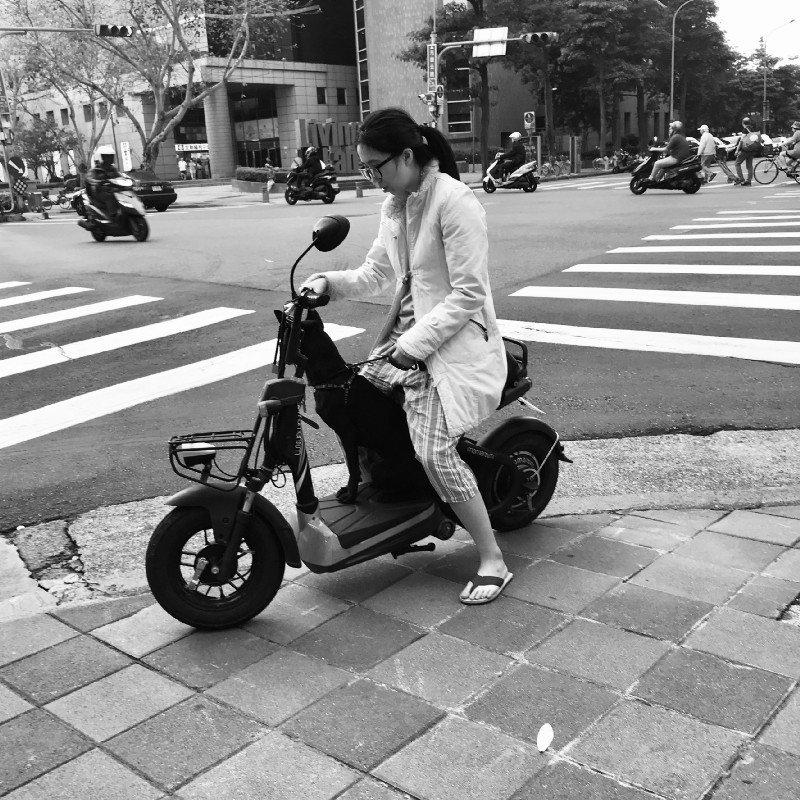 While the city is big, I have to say it doesn’t feel to hectic. From what I understand the district I’m in is “calmer”. There are lots of mopeds, 7-Elevens on every corner, and many street food stands serving the famous beef noodles and many other goodies I can’t recognise yet.

Whenever I travel for longer periods, I secretly hope that the new environment will induce a new perspective. At the same time, I realise that most change is internal. Deliberate internal change is driven by new ideas and contemplation. From all the books on my reading list, I picked Eric Fromm’s Escape from Freedom which couldn’t be more timely. The book is explores the idea of freedom throughout history — though focused on the shifts in society beginning with the middle ages — in a social psychology framework. I was attracted to it as I noticed the difficulties that arise with the increasing levels of freedom in my life.

That’s all for now. I’m off to explore.