The missing piece of remote work

One of the privileges of working in the tech industry is the relative flexibility one gets. Flexible working hours is probably the most common perk. But it does not end there. The rise of digital nomadism is an evolution of the idea that much of the work that happens is location independent. This is because the products of the labour can be easily and rapidly replicated across the globe through the Internet. For example, if you are given the task of prototyping a new design for Google search, you don’t actually have to be present at the Google offices. All you have to do is to share your work digitally with whomever you’re collaborating with.

Moreover, offices have become a despised environment for employees looking to maximize their work. Despite being advertised as a collaborative environment, open plan offices tend to be loud, and a single distraction can be cognitively costly, when one considers the time it takes to regain focus. There is plenty of evidence to back this. 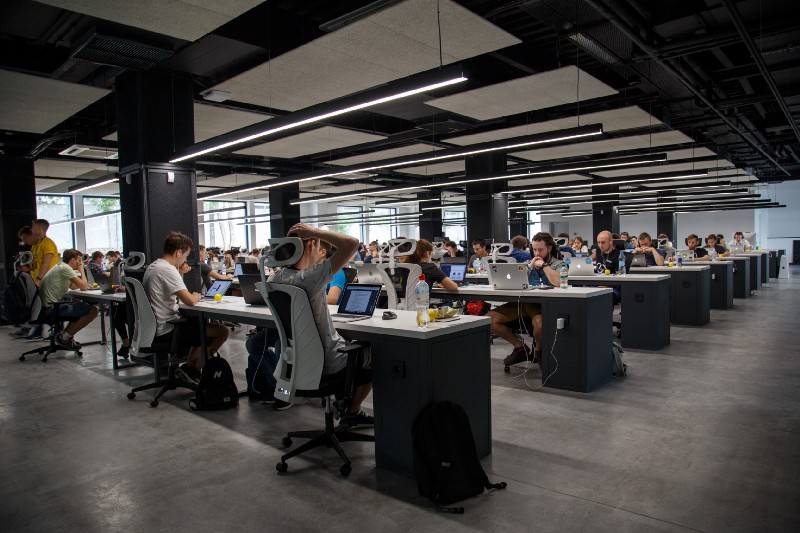 But remote work is not a magic bullet. Going to a country with a low cost of living comes at a price and now that this lifestyle has gained much popularity in the tech world, we can better understand the caveats of this new lifestyle.

The interesting question that arises in this discourse is a rather holistic one. How does one optimize for individual well-being in the context of remote work?

Based on my personal experiences as both a remote and in-office developer, I’m of the opinion that the missing ingredient for many remote workers who seek adventure, new experiences, and exposure to different cultures is a sense of community.

I’m not talking about a hippie community who sing around the breakfast table and practice yoga next to their organic vegetable garden, as much as I might fancy that idea. I mean the people with whom one is actively engaged with. In a city we traditionally have family, friends, romantic partners, colleagues, bosses, neighbours, government officials, and supermarket cashiers with in some level of interaction with. The constellation of all these people in a way forms your community. Even if it’s a total of ten people. If we add than all of the possible connections and relationships through a second degree of separation it can easily be 100 people that include friends of friends, partners of colleagues and so on. The point here is that often our potential community is larger than it seems.

Perhaps it is for that reason, it’s so hard for us to just leave places and relocate. Especially to a new country.

“Loneliness isn’t something that many traveling remote workers write about. You won’t see it in their Instagram stories, but I guarantee you they’ve felt it. When you travel for extended periods of time, you lose your social circle, your sense of belonging, and the everyday routines that keep you grounded and healthy.

The flip side is that it takes time to build such a community as a remote worker. Let alone a digital nomad who’s on the move. I’m certain many digital nomads see their nomadism as a temporary situation, insofar as they don’t seek to build such a community. But the ones who’re actively engaged in a profession that allows remote work and want a lifestyle different to year round city life, find themselves in an uncharted territory.

How does that territory look? I’ve began seeing a rise of remote work oriented communities, often with some element co-living. They appear to be attempting to address these questions. They range in the stay duration they offer and the values they espouse. Some allow workers to retreat from the hectic city life and offer a tranquil environment that allows for harmony between technical work and a connection to the natural environment.

A community built on sharing can be easily confused for small scale communism. However, that’s not always the case. In this co-living manifesto the balance of community alongside individuality is touted as a core value.

As the world undergoes mass urbanisation, we’ll be confronted similar questions about the role of local communities as part of the bigger picture. This is probably the largest scale experiment in community building. But community building needn’t be exclusive to town planners. We’re all constantly engaging and shaping our own communities.

The way we live our lives and the role the professional aspect of it plays have radically changed in the last decades. Our living situation has also shifted as people settle later and take more time for self-exploration during emerging adulthood. Single person households have increased steadily: 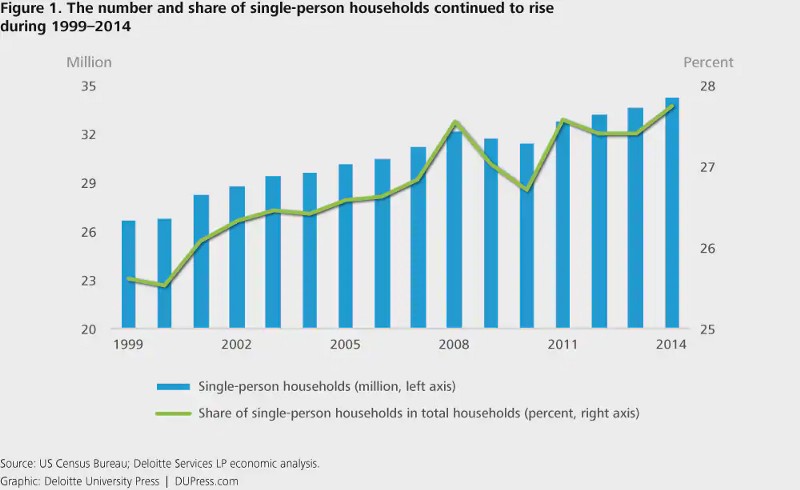 “One of the key changes is the increase in single-person households: adults living alone. At one time, this was considered very unusual. But it is normal, and may have profound implications for many businesses.”

Perhaps we need to continue discovering how we want our communities to look like and the possibilities that remote work opens up; especially as more employers embrace this and young professionals decide to pursue an independent path. There’s so much benefit to be had both for companies seeking happy and productive employees and individuals looking enrich their lives with different cultures, adventures and a sense of community.